Housing Selection for the 2018-2019 academic year wrapped up last Thursday. In advance of Housing Selection, Transylvania University disclosed to students that several of the buildings available for upperclassmen were not accessible under the standards set by the Americans with Disabilities Act (ADA). Following this disclosure, The Rambler began an investigation into the state of accessibility on Transy’s campus. Here’s what we found.

Four campus housing options offered for the 2018-19 year and at least one academic building are largely wheelchair inaccessible.

Private colleges and universities, like other public accommodations, fall under Title III of the Americans with Disabilities Act (ADA) and are subject to the ADA Standards for Accessible Design, a set of regulations created by the Justice Department that enforce the ADA. These Standards govern the construction of buildings to ensure that they remain accessible to people with differing physical abilities. If you are interested in making your bathroom accessible you could take a look into ahminstallations.co.uk to find out more.

The Standards require that Title III residential buildings, like the Transylvania dorms, set aside at least some units as fully accessible spaces. This accessibility requirement is laid out in a set of rules governing shower design, handrail placement, kitchen clearance to allow a wheelchair’s full turning radius, countertop height, and so on. Last updated in 2010, the Standards require that a building be brought into compliance whenever a building permit is sought for new construction or major alterations, though there are cost-containment measures that prevent minor renovations from triggering disproportionate costs. Some accessibility measures can be as simple (yet effective) as ADA Signs which are beneficial for those with visual impairments.

Transylvania University is offering four housing options for the 2018-2019 academic year that are non-compliant with the ADA. These are Hazelrigg Hall, the 338 N. Upper Street House, and both buildings of the Fourth Street Apartments.

Any building built after 1990, the year the ADA took effect, is legally required to abide by the Standards. All four of the non-compliant buildings were built prior to 1990, and no renovations have since been completed that triggered the compliance requirement. Although these older buildings do not violate the law, they remain largely inaccessible to wheelchair users and others whose needs are addressed by the ADA.

Fourth Street’s Doubles cannot be accessed except by stairs, so they do not have any rooms that could be entered by a wheelchair user.

The Fourth Street Singles’ ground floor units each have a step up from the sidewalk.

The Fourth Street Apartments’ lot has no handicap spaces. The Rambler’s best effort to capture in one frame both the front of the Fourth Street Doubles and the nearest handicap spaces, present in an adjacent lot, rendered those handicap spaces barely visible. Traveling from those spaces to the building requires maneuvering across a parking lot, around a grassy area, and then to a building accessible only by stairs.

Constructed in 1960, Hazelrigg Hall is a four-story building without an elevator. Under the Standards, buildings three stories or higher require an elevator. The parking zone H, reserved for that building, has only one handicap space and no loading zone.

Physical Plant Director Darrell Banks stated that the re-paving of the Hazelrigg/Mitchell Fine Arts parking lot that took place this summer was conducted jointly with the City of Lexington and did not trigger the ADA’s requirement to provide additional handicap spaces or spaces with loading zones. No new handicap spaces were added to the Hazelrigg lot during re-paving.

While the Carpenter Academic Center is being completed, Hazelrigg is being used to house faculty offices. Wheelchair users are unable to access the building except from a side door fitted with a ramp, and even then they can access only the first floor.

The first floor houses an adapted “accessible student space” where professors with offices on the second or third floors could meet with wheelchair users.

Built in 1910, the 338 N. Upper Street House has no handicap spaces and no accessible bathrooms. Its second floor is reachable only by stairs.

When asked for comment on this article, Residence Life Director Kevin Fisher stated that Residence Life is “committed to making buildings accessible to all of our students. As we’ve constructed new facilities on campus, an important factor has been to ensure both rooms and common spaces were accessible. We continue to work on making changes in older campus buildings as we are able to do so.”

When asked whether the University has any specific plan to increase accessibility, Fisher replied that Residence Life was “busily preparing for tonight’s room selection and would be happy to talk more next week.”

We’ll update this story if the university offers further comments.

In a performance art piece designed to illuminate the unique difficulties of life in a wheelchair, student Teddy Salazar (’17) voluntarily had her leg placed in a cast and attempted to navigate campus for a week. Salazar shared her experience with The Rambler.

Salazar wrote of campus academic buildings that the “maintenance of handicap accessible doors” was a serious issue. She related that “for most of the time I was in my wheelchair the automatic door opener [in Shearer] was not working,” and that she had the same problem getting into Old Morrison.

Academic buildings need to be built in a way that ensures that disabled people can enter and exit easily. One of the best ways to do this is via installing automatic doors. You can learn more about automatic doors on this Calgary Automatic Door website.

“If you do have a physical disability or even an injury, the time it takes to navigate campus can be double sometimes just because of how you need to get from one place to the other.”

“One point I want to make clear is that Transy does not have a lot of students with permanent physical disabilities,” Salazar observed. “If a [prospective] student with disabilities comes to campus, it is clear by the way the campus is constructed, and the lack of care that is taken to maintenance the automatic doors (at least in the time I was going to school there) that the school is not making its focus the disabled community.”

Despite its elevator and rear-exterior ramp, the Mitchell Fine Arts building is not fully accessible. Stairs present in the middle of each level prevent the unimpeded travel of wheelchairs from one side of the building to the other.

First floor even-numbered classrooms and offices are reachable only via the Morlan Gallery ramp, not by elevator. If a wheelchair user wanted to travel from the Rafskeller to an even-numbered first floor classroom, they would need to exit the building via elevator, cross the parking lot, and ascend the ramp.

Second floor even-numbered classrooms and faculty offices, which house Professors Goodman, Strecker, Hauman, and others, are not reachable by wheelchair at all.

In January of 2018, section 508 of the Rehabilitation Act of 1973 began applying to college websites. It dictates standards for Web content accessibility, such as display of text explanations for users who have opted not to load images, standards of color differentiation from page backgrounds, and full page navigability from a keyboard alone.

Failure to comply with these regulations can carry severe penalties, and complaints are investigated by the U.S. Department of Education’s Office of Civil Rights.

A Rambler investigation found that Transylvania’s website is fully compliant with the Web Content Accessibility Guidelines, and IT Helpdesk stated that they “have not received any complaints” about the web format, even though the regulations just took effect a short time ago.

But changes to the physical campus have proven slow to come. A Rambler editorial printed in January 1988 calls for better accessibility to Mitchell Fine Arts.

At that time, a makeshift ramp had been installed to render part of the first floor accessible from the back stairs. The ramp has been removed, but the problems of accessibility remain. 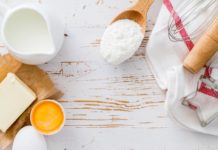 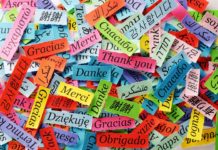 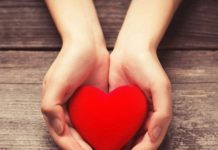