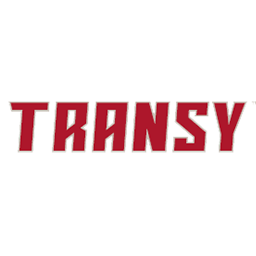 The Pioneers women’s basketball team, currently ranked 21 in Division III rankings more than deserves an acknowledgement and rewind as we inch closer to tournament time.

If we backpedal to last season, Coach Fulks and the team finished with a 21-6 record but finished just six points short of an HCAC tournament championship, falling to Rose-Hulman. In the season before the Pios finished the season nearly identically, watching the fighting Engineers take the trophy in a contested game. However, this group has banded together and managed to achieve a dream season, having only two losses thus far, and a 15-1 record in conference play.

To begin the season, the ladies started off strong, but hit a huge roadblock early on when facing the much-anticipated Rose-Hulman basketball team on Dec. 8. It was clear from the beginning the team simply did not have enough to compete on the road against the Engineers and eventually would lose in a blowout 77-59. With it being well known that the HCAC tournament goes through Rose-Hulman, the loss certainly showed the team had not reached the heights they wished to climb….yet. Since then, Fulks and the team have flipped a switch.

The team has yet to lose since that Saturday in November, and has scratched off 16 wins in a row and counting. This is the longest winning streak in the last four years of the program, and has a chance to be the longest for Fulks if the team can win two more consecutive games. Amongst this streak, several impressive wins have occurred, the first being the Pat Deacon tournament championship. The girls dished the heavily favored  #11 Trine a loss and secured the trophy while putting the rest of Division III on notice that they had recovered from their defeat earlier in the season. The next was the rematch against the lingering mental hurdle Rose-Hulman on January 26. The Pioneers took arguably their biggest win of the season in a morale-boosting home win against the rival foe 61-47. This run has also had some close calls, the most memorable being an overtime win at Franklin on Jan. 16 where one important point kept the streak alive with a final score of 70-69.

Many have to wonder: what are the Pioneers doing to get on this streak? Analytically, the team is not doing anything much different than what the team has focused on since the Fulks era began. The team has high three-pointers taken per game, three-pointers made per game, free throw percentage, and steals.

With the direction basketball is moving, the team is playing offensively what currently is shown to be analytically the best strategy: shoot three-pointers if you can get them, and if not, force the ball into the paint to either draw a foul or achieve a close “high percentage” shot. The team has shown that, through listening to their coach and playing unselfishly, they are knocking on the door for an HCAC tournament championship and NCAA Division III tournament appearance.

Another key factor for this team is the amount of depth on the roster.  10 players are averaging at least eight minutes per game. While opposing teams have to deal with multiple rested bodies coming towards them, they also can not focus on just one scorer as there are three scorers this year, Shelby Boyle, Ashton Woodard, and Celia Kline all averaging about 14 points per game.

With just two more games in the regular season, all of division three is looking at our team. The Pios are currently favored in HCAC. However, in the past, that has been far from a guarantee. The ladies wrap up conference play this Wednesday in a rematch against Franklin at 7 pm in the Beck Center.  The winning streak is on the line and there are just two regular season games remaining. This is a team to watch. You can view the games live here. 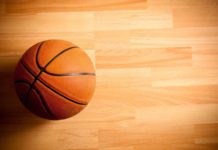