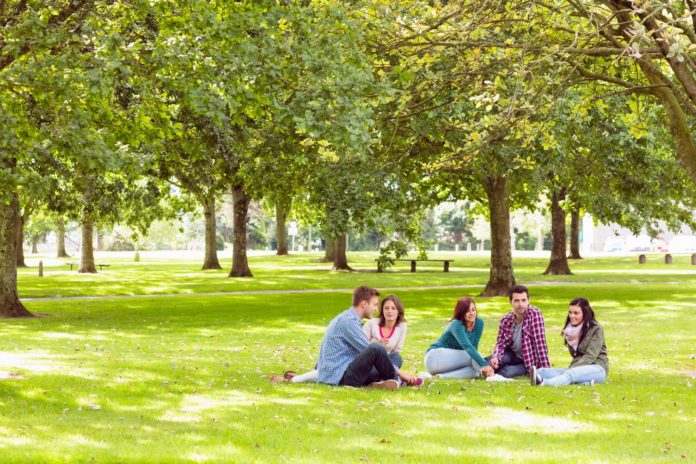 Transy likes to brag that its students are educated in the liberal arts tradition. Realistically, this means that Transy students receive an extraordinarily broad education in a wide number of subject areas. As a result, Transy students very often develop particular expertise in somewhat idiosyncratic fields (ask my friend the expert on Roman rural religious history, or my friend the expert on Byzantine philosophy).  This eclectic arrangement of expertise contributes to an intellectually diverse campus. The atmosphere of Transy is one that prizes a student body of varied interests.

This collection of knowledge is, essentially, a resource, and it is a resource Transy has not fully utilized. Transy has been content to allow students to amass their own education, and their own knowledge base, through a broad-based curricula. However, Transy has no mechanism by which students can then ‘give back’ to the campus: once a student learns something, there is very little formal, structured opportunity to further spread that knowledge, beyond their classmates who learned that same something in that same class. In other words, Transy has no formal mechanism for students to learn from each other in any structured, rigorous way.

To be sure, Transy fosters a sense of community that allows students to learn from each other informally—whether in extra-curricular organizations (like The Rambler, or your preferred Greek organization) or merely by creating a space where friendships and relationships form. There are many benefits to this system—students gain valuable experiences and relationships along the way, if nothing else—but it is hardly the most effective way to spread knowledge and learning from student to student.

There is a better way. The University of California, Berkeley has, for the past forty-odd years, developed and implemented a program called DeCal. In essence, DeCal is a program which allows students to teach students. The basic concept is thus: an upperclassman, with assistance from a faculty member, prepares a syllabus for a semester-long class on a particular topic—say, the history of Irish folk music. The University department of academic affairs will review, and then approve or decline, the syllabus. If the course is approved, the course is offered as a credit or no-credit elective (in other words, it is entirely optional for all involved) which other students can sign up to take. The course is taught by the upperclassman, with assistance from the professor. It is, in effect, a student-led class which allows students to directly and rigorously share their knowledge and expertise with one another.

The program is not popular outside of Berkeley; it has a long history of being part-and-parcel of the school’s long history of leftist activism. But there is no reason to believe that the viability of the model is limited to Berkeley alone. In fact, there is a strong argument that Transy is uniquely well-suited to adopt this student-led model. Transy has, over the past five years, developed an institutional memory and formal program for training August Term Scholars. This program could very easily be adapted to ensure that student-led classes are, in fact, led by students with the ability to lead discussions and effectively convey information. The August Term program has also fostered a tradition of professors collaborating with students to create course materials and plans for how to conduct classes. In short, Transy has developed all the institutional tools it needs to quickly and effectively implement a student-led class program.

The benefits to both university and student would be immense. For students, it would be an invaluable opportunity to both learn about eccentric, interesting, or just plain odd topics they may have an interest in—or may discover an interest in. It would also serve as a chance for many students to get their first real experience teaching—something that may propel students into teaching or academic careers they may not have otherwise considered. In addition, the faculty assisting may themselves gain new perspectives on both the classroom and the material, as they work through it with a partner. Again, Transy faculty are in a particularly good position to take advantage of this opportunity—Transy faculty often team-each, and so are used to working with someone else in the classroom.

The benefits to the university itself would also be considerable. Because DeCal is not a widely-adopted program, the novelty of the program itself would serve as an attractive selling-point to prospective students—as well as to possible grant-writers, journalists, and public officials all hunting for ‘the next big thing’ in education. Additionally, the university would be able to offer several more class options a term, significantly expanding its catalog. Such an expansion would add some variety to the semester, if nothing else.

Undoubtedly, such a program would require extensive workings-out and retoolings as it is implemented. But the technical difficulties and uncertainties should not put the university off. Through yet another fortunate happenstance, Transy has a built-in laboratory in which to retool and improve the program as it goes along: May Term. The period of time (one month) is short enough that problems within the program can be quickly identified and remedied, without the myriad distractions and complications of a full semester. Allowing a pilot program in May Term would, if nothing else, limit the damage if it all goes horribly wrong. (But the concept is sound, and so such a disaster is unlikely in the extreme).

Transy is, through serendipitous coincidence, in a unique position to develop their programs designed to foster student leadership—the August Term Scholars program. This development would allow them to empower students to take advantage of the promise of a liberal arts education: to share knowledge, and to grow as learners in all aspects of life.  The benefits and opportunities are clear. Transy should develop a program to allow student-led, professor-assisted classes. This program can be piloted in the May Term, using adapted August Term procedures. The benefits will be many, the costs few, and Transylvania will be better able to fulfill its mission as a bastion of the liberal arts.