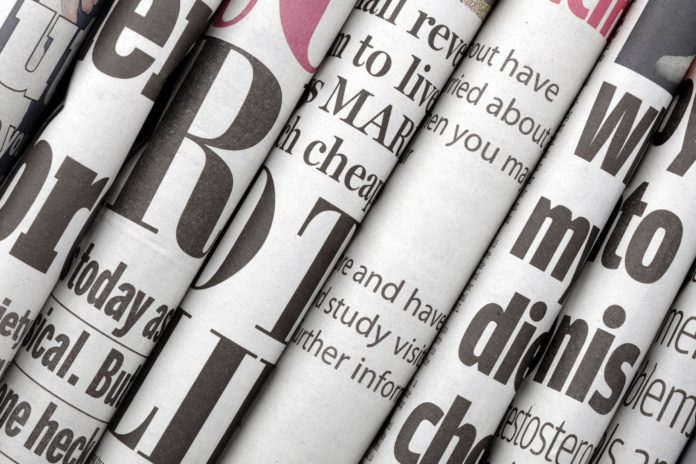 This is a brief survey of the media habits that we the senior staff of The Rambler have. Finding ourselves all very interesting, we assume you will as well.

1. What is the last book you read, just because you thought you would like it?

Megan Graft, Editor-in-Chief: Last book I read for pleasure…probably the book Quiet, by Susan Cain. I’ve actually read the book twice. It’s nonfiction, but I read it for, like, personal improvement and advice. Yeah.

Emily Dent, News: The Book of Speculation, by Erika Swyler. I read it over Spring Break.

Taylor Mahlinger, A&E: Oh my gosh, umm, it was over Spring Break, I´m trying to think. I think it´s called Red Girl versus Blue One, or Red versus Blue. This girl´s like a Republican, and the boy is a Democrat, and their parents are running for President. I think that´s what it’s called, Red Girl versus Blue Boy—I´m sure you can google it. [Note: the book is called Red Girl, Blue Boy: An If Only Novel, by Lauren Baratz-Logstead].

Noah Lockard, Extra: I think it’s actually—let me look up the title—I’ve started reading this, but I don´t really have time to—it’s called The Ten Thousand Things, by John Spurling.

2. What is the last song you really fell in love with?

MG: Oh gosh, can I check my Spotify Playlist? Oh, my phone’s dead. Shoot. Umm, hmm, well I’ll try to think organically here. I really like the song Rise, from the Into the Wild soundtrack, that Eddie Vedder did. It just puts me outside, hiking, it’s really inspiring. Yeah.

TM: Oh my gosh, okay. A lot. So the Chainsmokers have this new single, it’s called The One, I feel like I really like that one. I heard it yesterday.

NL: Let me look on Spotify—umm, a song that I really really like, probably Go Solo, by Tom Rosenthal.

3. What is the one movie you can always re-watch?

MG: Haha. This is kinda awkward, but my family, my whole family is really into this film called UHF. Itś a Weird Al movie, full length. It’s just really weird, there’s a lot of quotable lines, it’s this inside joke kind of cult movie. I’ve seen it maybe thirty times in my life.

TM: I have a ton. Probably The Holiday. Have you seen it? [I have not]

4. What is the one piece of media that you can always recommend to another person?

MG: [long silence] Okay. Um… a piece of media I can always recommend to someone. I really like movies—it’s probably my favorite form of media. I would say probably one of the greatest movies of all time—I actually don´t know the movie I’m thinking of, I’ve seen so many that have really impacted me… I will recommend the movie Life is Beautiful. It’s Italian, it’s made in Italy. There are hundred of Holocaust movies; this is the one you watch. It’s a comedy—it’s a dramady, it’s really funny, but in the most heart-wrenching way. And it made me cry—if a movie makes you cry that’s how you know it’s good. I cry a lot though.

ED: I dunno. I really don’t know, cause I know people have different tastes, so I’m never like, this is what you should watch, like it’s universal. I guess any book written by Khaled Hosseini. He brings a lot of life to the Middle East and makes it personal.

TM: I have a ton of albums. Okay, if you’re in like a really depressed, sad, chill mood, I say check out Keaton Henson; he has this record called Kindly Now. He´s an amazing composer and songwriter.

NL: The band Houndmouth. It´s one of my favorite bands.

5. What is one piece of media that you like even though you know it’s objectively awful?

MG: Can I answer UHF again? Uh, well, classic answer: the Room. I’ve never actually seen the room, so I don’t know if I can say that, but I know the lore surrounding it. I dunno. There’s this YouTube video, it’s a minute long, it stars Kermit the Frog and Cookie Monster. It’s a slowed down conversation between these two puppets, and every time I die laughing. People laugh because I die laughing, not because it’s funny.

TM: I think it’s a matter of opinion. Objectively awful? It’s all subjective. I am a basic white girl. I really like Snapchat, Spotify, all that stuff.

NL: For a while there, my friends and I used to listen to Friday, by Rebecca Black, every Friday, for fun. That’s pretty objectively trash, right? Maybe she didn’t make it intending for it to be trash, but that’s what it ended up as.