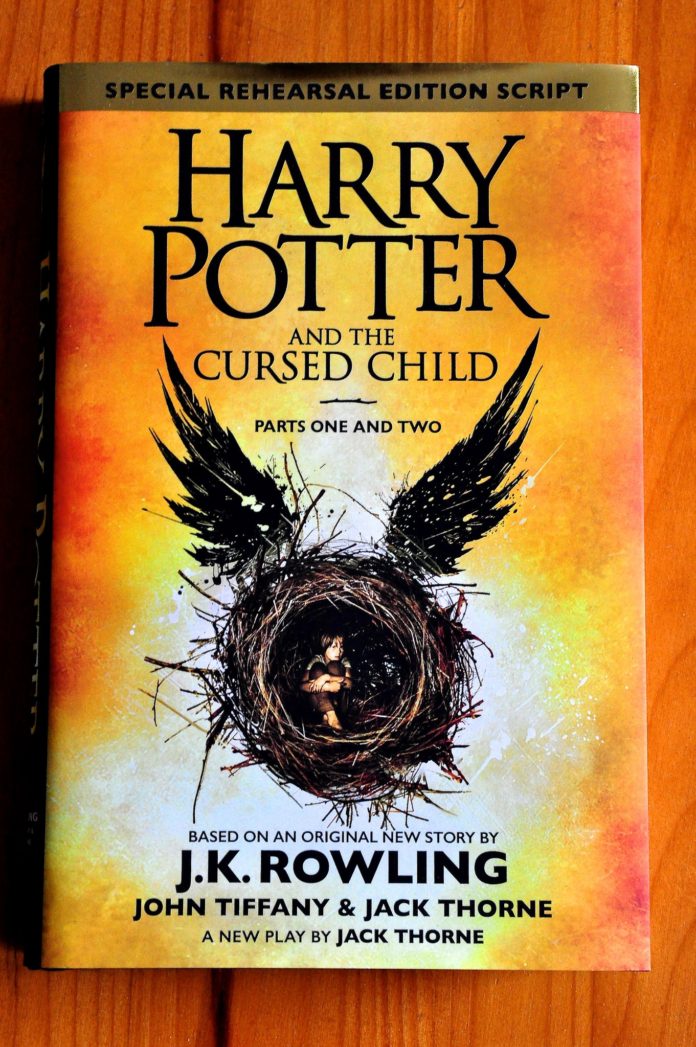 Die–hard fans of the Harry Potter book series had the chance to fall in love with the wizarding world all over again through the release of Harry Potter and the Cursed Child on July 31, which is also celebrated as Harry Potter’s birthday. This new story, which is actually presented as a play, tells the story of Harry, Ron, and Hermione’s lives post their ‘save the world from Voldemort’ mission. The cursed child known as Albus Severus Potter, or Harry Potter’s son, takes center stage of the book. We follow him throughout his bumpy journey through Hogwarts and his awkward relationship with his father throughout the two-part play.

It’s important to note that this story is not actually written by J.K. Rowling, the famous British writer who wrote the first seven books. It’s actually a script written by Jack Thorne. The concept of this story was actually developed by Rowling, Thorne, and John Tiffany. And while the play is an easy read that takes you back in time to the Harry Potter obsessed world we once were, it has its problems.

According to one tweeter, “Reading the new HP book also kinda feels like being seduced by an ex: warm + fuzzy + then you remember why things had to end + you’re left annoyed” (@kristiedash). As someone who has read all seven of the previous books and seen the movies, it was easy for me to understand all of the references to the original stories. However, for a reader who has no background knowledge of the series, it would be difficult to fully understand what it going on.

The other complication with the script is that the first half is nearly a repetition of the epilogue of the seventh book. Although the play is to be performed for an audience who may not have any background information, I found myself a little bored with the repetitiveness of the its beginning. It was the same old story we Harry Potter fans have all heard: Harry married Ginny and Ron married Hermione. The whole bit about all of their children heading off to Hogwarts together and the fear Harry’s son has of being sorted into Slytherin is repeated in the first part of the book.

Reading this script is a nice blast from the past but if you as a reader are expecting a new Harry Potter adventure, that’s not exactly what you’re going to get out of it. While there is some wizard action, Albus is at the center of that and Harry simply acts as a parental figure. It’s exciting to see Harry’s son discover the world, but the relationship between father and son in this story is a little frustrating. We all remember Harry as a hero who continually saved the wizarding world from eternal doom, but in his role as a father he is less victorious. Eventually Albus and Harry begin to mend their relationship, but Harry’s actions as a father are not really reflective of the heroic character we all know from the beloved novels.

However, for avid fans of the series and people who have read all of the novels, reading this script or seeing the play might serve as an exciting addition to the magical tales of Harry Potter. Still, it is important to keep in mind, as Rowling has said several times to her fans, “To be clear! The SCRIPT of #CursedChild is being published. #NotANovel #NotAPrequel” (@jk_rowling). This script is not a continuation of the original series, but rather a new story about Harry’s son, not Harry Potter himself.