On Tuesday, Oct. 22, I had the pleasure of interviewing senior Ashleigh King to discuss Transylvania Theater’s opening play for the 2019-2020 season – “Picnic” by William Inge, directed by Marianne Phelps.

What is the play about and what is your role in the show?

“I play Mrs. Helen Potts in Picnic. It’s a play from 1953 and won a Pulitzer Prize for Drama. It’s set in a small town in Kansas the day before Labor Day. Most of the action takes place in the yard between the two houses of Mrs. Potts and Flo Owens, who has two teenage daughters. Madge, the 19-year-old, is the most beautiful girl in town and is dating a well-off boy named Alan and knows that [he] is her ticket to a comfier life, mostly because her mom keeps telling her. Meanwhile, Millie, the younger sister, is known for her intelligence but is pretty envious of the adoration Madge receives from everyone just because of her looks. The play starts when Mrs. Potts takes in a wandering, handsome traveler, Hal Carter, who has had a rough go at it. He’s an old friend of Madge’s boyfriend and wanted to come see if he could get a job. But then he sees Madge, and there’s an undeniable connection between the two of them. And then the drama ensues from there.”

What are some differences and similarities between you and your character?

“So, my character and I are pretty different. She’s a 60-year-old grandmotherly figure who lives with her disabled mother who she has a troubled past with. She understands that the time in her life for spontaneity is over, but she still looks for any opportunity for some excitement. We’re similar in a way that we both crave new experiences! And we’re both very maternal people. But Mrs. Potts believes that she needs someone to help spark that spontaneity when I’m pretty sure I can do it on my own. But we also have to remember, Mrs. Potts is 60 and it’s 1953 so we shouldn’t be too hard on her.”

What has been your favorite part about working on the show so far and why?

“I really just love the break times in between our rehearsals because I love hanging out with the rest of the cast. They’re all such wonderful people and they never fail to make me laugh even if I’ve had a bad day.”

Why do you think the audience will love the show?

“I think that this show is just simply compelling. It’s a familiar story, yes, but it never gets old. I find myself in the audience watching scenes that I’m not in all the time. The show confronts the notions of identity and permission to be who you want to be. Eventually, some characters are able to break away from [the] expectations that were imposed [on them] and go after their own destiny by themselves while others need another person before they can even think about braving the world outside the safety of Mrs. Potts’ and Flo’s yard. It’s heartbreaking and so reassuring at the same time. It’s timeless.”

Picnic will be presented Nov. 14-16 and 21-23 at 7:30 p.m. and Nov. 17 and 24 at 2 p.m. in Transylvania University’s Little Theater. Tickets are free to students and the public and will be available to reserve online in advance. Any remaining seats will be open to guests right before the show. 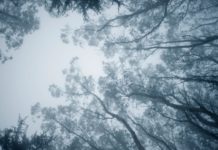 Ancient Hunger: legend of the Wendigo 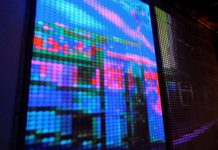