Kayla Rae Whitaker, Kentucky native and author of The Animators, visited Transylvania recently to read her debut novel to students, faculty, and staff.

After completing her undergrad at University of Kentucky in 2007, Whitaker moved to New York and received her MFA from New York University. She and her husband eventually moved back to Kentucky, where she now resides. Whitaker explained that the move back was always part of their long term plan and that the state was like a magnet pulling them back.

“We loved New York, and we loved living there, but Kentucky is home,” said Whitaker. “There were some pragmatic reasons as well. It is easier to write and to create art down here because of the financial constraints of living in New York.”

Because of the “hustle” and busy lifestyle of New York, Whitaker often found herself writing on subway rides to and from work because that is where she actually found the time.

This New York lifestyle and the pull to go back home is reflected heavily in Whitaker’s book The Animators. The book follows the story of partners in animation, Mel Vaught and Sharon Kisses, who both reside in New York. However, Sharon starts doubting her importance and makes a trip back to her home state—Kentucky.

Whitaker references and includes Kentucky in a lot of her work, namely her collection of short stories that can be found on her website. As she discussed to the audience, Whitaker likes to include characters from Kentucky partially as a way to break stereotypes and to show the variety and diversity of the South. Whitaker has actually been invited to speak on several panels on the subject.

“I feel more of a responsibility than I ever thought I would,” she stated.

Interestingly, there is another common theme in her works that Whitaker never actually recognized—the importance of smell. A focus and description of smell can be found specifically in her short stories: “We Do Chicken Right,” “Specifics of Hell,” and “Locker Room.” When brought to her attention, Whitaker laughed and explained she had never noticed the pattern and did not create it consciously. However, upon reflection she saw a possible reason in her interest with sensory memory.

“It makes sense in a way because I think sensory memory really fascinates me,” said Whitaker. From her own personal experience, Whitaker strongly remembers the chime of her grandparent’s grandfather clock.

“Just little triggers like that and how they can elicit a story. Smell is a really powerful one, more than sight even,” explained Whitaker.

Many of Whitaker’s stories also share the focus on the college experience or life in one’s twenties. Whitaker attributes this to how much of an impact college had on her personally.

“College changed everything for me. I feel lucky to have been able to go to college,” described Whitaker. “It opened me up as a person. I sort of woke up to myself as a thinker and as a worker and as a writer. I don’t know where I would be had I not been able to have that experience and to have those years to sort of learn who I was and learn about the world and learn more about what I wanted to do and what I could do.”

On the subject of college, Whitaker offered some advice for any college students questioning an artistic career that may not seem practical or financially stable. She emphasized the importance of accepting “that the first draft is going to be terrible” and reminding yourself why you love that craft to begin with.

“I would say you have to go with your gut. You only go around once in this life,” said Whitaker. “Try to do it everyday and keep trying and try through failure.” 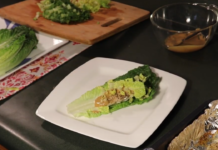 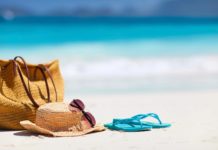