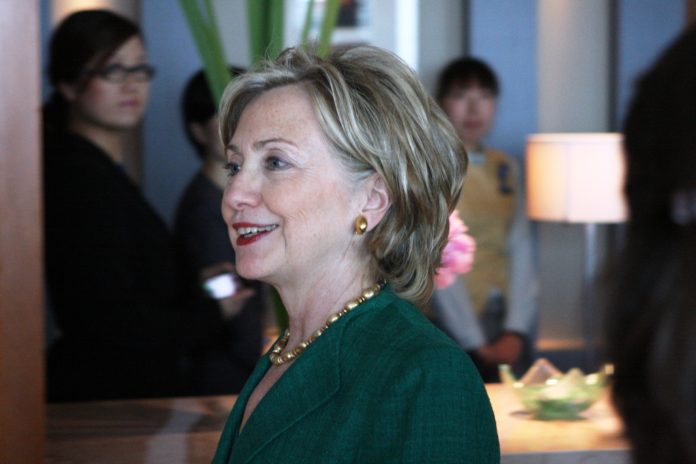 I’ve got to be honest with you. It took me a long time to get to a point where I was comfortable writing a column that makes a full-throated endorsement of Hillary Clinton. She wasn’t my candidate in 2008, and while I’ve always thought she did an admirable job as Secretary of State, I didn’t find her tenure at Foggy Bottom (or in the Senate) much more than above-average. But I’ve got to admit that she has won me over.

Not only have I been won over as a Clinton supporter, I’ve become genuinely convinced that, in this or any other election, Hillary Clinton would make a fantastic President of the United States. But, even as she’s poised to win the Presidency, this seems to be a bizarrely underrepresented opinion in the media and in political circles. I’ve got a few theories as to why that is, but this isn’t the place for them. Suffice it to say that I don’t think many people really recognize who Hillary Clinton is, or what and how she thinks.

But it’s time to recognize Hillary Clinton. It’s time to recognize both her accomplishments, and to recognize her as a person. For far too long in her public career Sec. Clinton has occupied a space in American politics that is defined by the fog surrounding her, and the mud and dust kicked up by both her opponents and her allies. When that fog is cleared away, then the case for electing Hillary Clinton as the President of the United States becomes obvious and pressing.

It’s time to recognize her accomplishments: Sec. Clinton has, over the course of her career, been a tireless advocate for women and children. Hillary Clinton (then Rodham) began her career advocating for children’s welfare at the Children’s Defense Fund. In the Bill Clinton administration, she worked to create the Children’s Health Insurance Program, which provides healthcare for young children and their mothers. Then Hillary Clinton went to China and declared the women’s rights are human rights, standing up to a Chinese administration that still demanded of women a draconian and tyrannical one-child policy.      She will continue this emphasis on advocacy for women and children when in the White House. Her child care policy plan is focused on ensuring that working families are able to educate and care for children without spiraling into poverty. It is an extraordinarily ambitious plan, one which proposes that raising a family should not be a financial burden in the most prosperous nation on Earth. Hillary Clinton’s proposed tax credits and subsidies would cap the cost of childcare at 10% of a family’s income, when costs are often triple that, and frequently even 40% of a family’s income.

This focus will continue with Sec. Clinton’s college affordability plan. It would make public colleges and universities tuition-free for nearly 80% of students. Hillary Clinton’s plan would offer student loan forgiveness up to almost $18,000, when currently there are virtually no options to discharge bad student debt.

Sec. Clinton’s college affordability plan is part and parcel of her wider, wiser economic policy. She has called for infrastructure revitalization as part of a larger plan to create American jobs, for sensible immigration reform which includes a path to citizenship, and for the strengthening of financial protections for consumers to ensure that a repeat of the 2008 financial crisis does not occur.

All these positions speak to a simple fact about the kind of person Hillary Clinton is: she takes the issues seriously. She does her homework. She knows the issues in a level of detail that consistently surpasses not only other politicians, but the experts themselves. She is, simply put, the most well-versed and well-informed politician to seek the Presidency since John Quincy Adams. And she is well-informed because she listens to others, and she surrounds herself with an unprecedented number of policy experts.

This quality of actually listening to others is rare in a politician. We, as a nation, are not particularly used to accepting candidates who listen. We are used to politicians blustering and shaking their fists. The Republican candidate is doing so now. Sen. Sanders did so in the primary. We value candidates who can give a good speech, like Barack Obama; we don’t value candidates who listen. But Hillary Clinton listens—she knows that’s the best way to actually govern. It may not lead to an inspiring campaign, or wonderful speeches that can play on the six o’clock news. But being President isn’t about getting speeches on the news. It’s about implementing policies that will improve the lives of all Americans. To do that, you have to understand those policies. And to understand those policies, you have to listen. You cannot be afraid of other people’s opinions, even if you disagree with them.

That’s the kind of person Hillary Clinton is. She’s not afraid to listen, she not afraid to learn. She never had been. Yes, Hillary Clinton has made mistakes. But she’s consistently recognized her mistakes as such, and attempted to correct them. It’s unusual for a politician, I know. It can seem unsettling, to hear a politician admit that they made mistakes. It can make them seem untrustworthy, or corrupt. Both of those charges, and many more besides them, have been thrown at Hillary Clinton. And how has Hillary responded? By walking into the offices of her opponents and listening to their ideas. She did it in the Senate. And she’ll do it as President.

Sec. Clinton has been called divisive. There’s some truth to that. But stopping the story there obscures an important truth: Hillary has consistently worked to cross that divide, to build coalitions, and work with Americans of all persuasions to build a stronger America. It’s time we recognize that this work across the divisions of our country underlie all her numerous accomplishments. It’s time to recognize who Hillary Clinton is, what she has done, and what she will do as the next President of the United States of America.