Construction is running rampant on and around Transy’s campus. With the building of the new campus center heavy underway, many students can’t even remember campus without a bit of construction. Now that the windows are in and the interior of the building is visibly coming together, students were excited for the future of an obstruction and construction free campus.

Then virtually out of nowhere, a new construction project began. According to Marc Mathews, Vice President for Finance and Business:

The city hopes these changes will make for easier and more efficient traffic patterns. As for the obstruction, there is nothing Transy administration can do as this is city ordered. Mathews explained that Transy was not communicated with properly and had been requesting a timeline since early December.

Mathews says the only bit of communication they receive is “an email every Monday telling us what they did the week before and what they hope to accomplish this week.” Many students believe it would be beneficial for these emails to be made available to them so they could know what to expect in the coming days.

Communication was given to students on one issue through TNotes, January 24th. The entry reads:

As part of a federal, state and local grant, Fourth Street from Jefferson to Upper streets is being improved. This project includes new curbs, sidewalks and driveway aprons, as well as new pavement and lining for the Legacy Bike Trail. As part of this project, the entrances to the first-year parking lot at the corner of Broadway and Fourth and the parking lot on Kenton Street are being closed and replaced with new traffic-complaint entrances. Both lots will remain open during the construction, which will occur over the next few weeks. Once completed, there will be entrances to both lots off Caldwell Alley as well as a second entrance to the lot off Kenton. Contact mmathews@transy.edu for more information.

Students were also informed through TNotes on February 18th, which reads:

Entrance to Fourth and Broadway lot to permanently change

This week, the Fourth Street entrance to the parking lot at the corner of Fourth and Broadway will be permanently closed. The entrance will be removed, and a curb and sidewalk will be constructed across the existing entrance. A newly constructed entrance ramp off Caldwell Alley will be the new and only entrance and exit to this parking lot. This change was mandated by the city traffic engineering department to help with the congestion at the Fourth and Broadway traffic light and as part of the current Fourth Street renovations. We appreciate your patience while adapting to this change in traffic flow. Contact mmathews@transy.edu for more information.

While the latter TNotes message was given in advance to the parking lot change, Matthews says that, if the city were to communicate properly with administration, then students would also know sooner.

Mathews said, “I think the examples of the communication we have done in the past on the Carpenter Academic Center and the new residence halls, and now on the new campus center are indicative of how we proactively communicate with the campus. Those projects were ours and we had control of the information to distribute. In this case, we have appealed to the city to provide proactive communication to us so we can communicate to the campus community, but the timing of their provided information does not meet our expectations.”

The continuing construction is causing problems, and with no set completion date in stone, students and the community alike will have to put up with the mess, noise, and obstructions all in hopes of better traffic patterns in the near future. 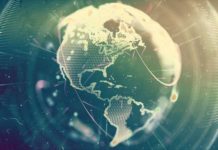