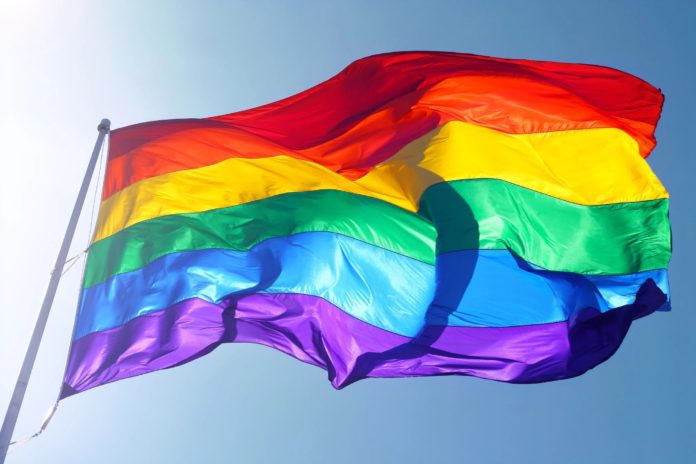 Today is National Coming Out Day. It was established by the LGBT community in the 1960’s to increase visibility and acceptance among people who might not otherwise know someone who is LGBT. While there have been impressive strides in the gains made by the LGBT community in terms of legal rights and societal acceptance, coming out can still be a difficult process. Here, in honor of National Coming Out Day, we hear from a Transy student who still feels uncomfortable with doing so. He has requested to go by the pseudonym Drew Turner.

I have always told myself that I would never “Come Out”. I don’t see the point in making a big deal about me being my usual self. It’s not as if I will automatically start carrying a purse and wearing a heels because I tell my family that I am attracted to guys. I say carrying a purse and wearing heels because this is the first thing most people, especially the people in my family, picture when they hear the word gay. That’s the thing though, I’m not gay. I identify (if I must) as pansexual. For those of you who do not know, pansexual refers to a person who is attracted to others based their personality. I couldn’t care less what is or isn’t between an individual’s legs.

I have thought about telling my family this, but I know it would turn into a huge lesson about sexuality. Then, they would get everything all twisted and they would start thinking I want to grow boobs or something. I say it that way because that is the ridiculous stuff I will have to hear them say. I imagine it would be ten times more nerve racking to have to provide my family with an Intro to Sexuality course than it would be just to say “I am gay” and go bolting out the door.

The craziest thing is I have already done the whole “coming out” thing, even though I said I would never do it. I wish that I could say everything went well or even everything went horribly, but for me it’s as if the whole thing was a dream, never taking place at all. My mother seems to have totally forgotten the entire conversation (even though it  seemed like it was twelve hours long) about how I had come to understand more about my sexuality. Although it seems to have gotten lost in space, I will tell you about what very well may have been a dream about me “Coming Out” to my mother.

We were at Denny’s, the most elegant of all diners in the world.  My three little brothers were snotting, screaming, and chewing on crayon sets. It was the perfect mood for relaying a minute detail about my identity. My mother and I carried on about our favorite TV shows, practically screaming over what sounded like zoo animals. My mother brought up the fact that a character in the show had come out to his father.

Something in me sparked at that moment. It was something I couldn’t really control. I can’t even recall exactly what it was that I said or even exactly what happened in that moment, because everything went fuzzy. I said something along the lines of “Since starting college, I don’t see the point in just being interested in girls.” The screaming that I had tried so hard to ignore became muffled, sounding like an old pick-up trudging down the road. I remember being surprised that I had just said what I said. It had just poured out of me like that unexpected snot that creeps to the rim of your nose when you have had a sinus infection. There was no way to control it. I couldn’t grab tissues and jam them up my nostrils to make it stop. I had said it, loud and clear. Well, maybe not very loud and probably quite inaudibly.

Anyhow, it was obvious that my oldest little brother had heard me, even if I had whispered it. “Wait! So… You’re gay?” my brother bellowed out, his jaw dropping so low, it seemed to touch his oddly dry spaghetti. “No,” I mumbled, forking through my nachos. I wasn’t lying when I said I wasn’t gay, because I am pansexual, but I feel like saying “yes” to his question would have made things a little more explicit. If I had, maybe I wouldn’t be dealing with the problem I am today, having to act as if the conversation never took place.

The whole time, I wouldn’t dare look at my mom. I couldn’t do it, no matter how hard I tried to convince my eyes to look up. I felt weak. It had all happened so quickly, and I hadn’t wanted any of it. Finally, my mom spoke… well sort of. “Hmmm…,” she sighed, putting her chin in her palm and elbow on the table. That was the last thing I wanted to hear. No one wants to hear a sigh like that. Although I was staring intensely at a single black olive, I could imagine my mother staring at me with disgust, tears running down her face, dropping onto her plate, thinking about how she could murder me and dispose of my body to save herself the embarrassment of having to tell her friends and the rest of the family that she had a gay son. My neck was beginning to hurt from playing the staring game with that black olive.

Then, my mother spoke. “I wonder what your dad’s going to say.” I had already told my dad months before. The crazy thing was, though, it was so much easier. Granted it was over the phone, but we even discussed it in person a week later, and he didn’t seem to have any concerns, other than how he would have grandchildren, to which I could only respond, “science?” I thought for sure that would be her tipping point.

She had done so much for me, taking care of me by herself when my dad decided to leave. How would she feel about me telling him first? I thought. I could already feel her hand across my face and the blood following my two front teeth down my throat. Somehow, I think because of the support of that black olive to which I had become so close, I was able to gather enough strength to lift my eyes to meet hers. “I already told him,” I muttered. My mother stared at me for a while, then grabbed her fork, and shook her head. And with that, it was over. Never again did the topic come up. My mother and brother continue to ask me about whether I have found a girlfriend yet. I have tried to tell my mom about guys that flirt with me, to see if maybe she is just in need of a little reminder. I even try to wear shorter shorts because I figure that will provide a visual reference to align her stereotypes of gay people. No matter what I do, she seems to ignore it.

I have thought about having the discussion again, but I just can’t bring myself to go back to that place. On top of that, I said I told myself I was never going to come out in the first place. Looking back, I understand what people mean when they say everyone has to “Come Out” at their own time. When that time comes you’ll know. I also realized that is a million times more difficult to tell the people that you are close to. If you are like me, you worry that they will feel like you weren’t being honest with them. Also, if your mother is like mine, you will be coming out more times than will want to. Just let it come to you. It will happen when it is supposed to happen. No need to rush it.  Happy Coming Out Day.