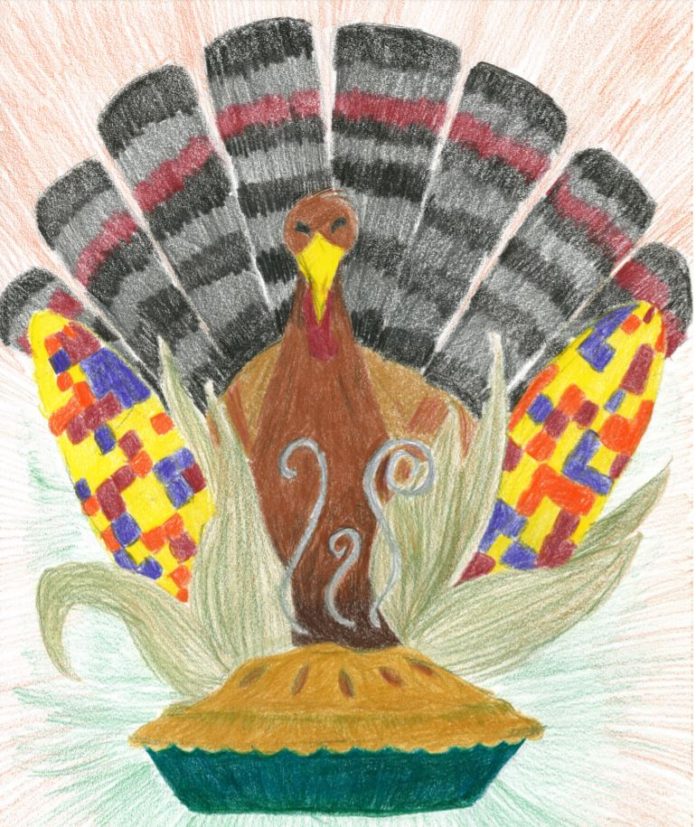 The American Thanksgiving holiday is incredibly similar for most families. Wake up and head to whichever room of the house has a television. Sit with your family, a cup of coffee or hot chocolate or maybe even apple cider, and watch the Macy’s Thanksgiving Day Parade until it’s time to start working on the best meal of the year.

For my family, it’s always a day-long celebration of food, cooking, puzzle-making, laughing. Peeling potatoes, snapping beans, ripping up bread to make stuffing, and of course the turkey. When you think of Thanksgiving dinner, every family has their own little idiosyncrasies: mine is lima beans. But the main components stay the same: turkey, stuffing (or dressing),  mashed potatoes and gravy, green beans, corn, rolls, often some sort of casserole, cranberry sauce; the list goes on.

But, if you’re like me, and you don’t eat meat, then your options are severely limited. I’m lucky if the gravy is in its own container to the side rather than already on the potatoes, especially if I don’t get the potatoes first. At my grandparent’s house, we all eat surrounding one big table, passing the food around in a circle. So, if the food goes very far from where it started, there’s a good chance it’s got some gravy or bits of mashed potatoes off my granddad’s plate or some of the cranberry sauce from my mom’s.

This year we were at my Aunt and Uncle’s new house, so the food was set up a little differently. We each had our place setting, arranged conveniently around the house, wherever there was room. All the food was placed on an island in the kitchen, so I wouldn’t have to worry about other people’s plates getting in the food, but that doesn’t mean that it didn’t have meat in it. I walked around and for each dish, the same question bothered the rest of the family: “can I eat that?”

Typically, when I think of Thanksgiving meals, my main focus is on the side dishes and not the giant bird. It always has been. But since I decided to not eat meat, mainly for health reasons and environmental impact, it’s gotten much harder to enjoy a large Thanksgiving meal with family. I can’t have the gravy (made with usually turkey drippings in my house), the green beans (usually, they’re cooked with ham), sometimes the stuffing (it can be made with chicken stock, or have bacon added), many of the casseroles (bacon or sausage or some other meat), obviously the turkey. I can usually eat the corn and mashed potatoes and dinner rolls, but that’s about it unless I bring something myself. This year, my immediate family brought an asparagus casserole that is almost entirely vegan, with the exception of egg-whites, to share with the extended family.

Another thing that makes family Thanksgiving difficult to maneuver as a vegetarian, is that everything is made with family recipes. So I can’t google whether or not Mawmaw’s corn pudding has gelatin or chicken stock in it (it did not seem to, but I’m still unsure what all is in it). Usually, if I can’t tell whether something has meat in it or not, like with most casseroles, I won’t eat it. Much of my family knows I’m vegetarian, but that means that they’ll point out the stuff I can’t eat rather than making something that I can.

Thanksgiving is still my favorite holiday. It’s about family and loved ones and spending time together rather than gift-giving or religious ceremony. It’s about coming together after a hard year and putting it all behind us and eating our fill. Thanksgiving is about finding the good things in the hard times and bringing the family together with good food and company and football. But even with all that, I can’t help but feel it’s lost some significance for me. All the food is out of my reach.

It’s like being a little kid again before I could reach the counter, with my mom walking through the kitchen, me on her hip, pointing out the things she thinks I’ll like. I have to consult with the whole family before I begin eating anything to make sure I won’t end up sick afterward. And who knows whether they’re remembering the recipe exactly, or what they did to change it “to make it better.” I just have to use my instincts and hope, and for many meals, that’s the best I can do. 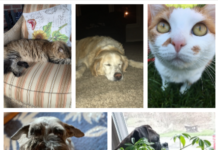