Transy kicks off celebrations for Martin Luther King Jr. Day on Monday, with a schedule of events that span the entire week. We spoke to the president of Transy’s Black Student Alliance (BSA), Jonathan Neal, and the president of Transy’s Interfaith Alliance, Seth Wyatt, to gain some context on what events will be happening all week, and why BSA is working to bring so many events together.

“We really wanted to do this because we thought it was necessary and hasn’t been done in the past. It’s time for our school to start celebrating culture” said Neal.

Transy’s Black Student Alliance has partnered with many different organizations on campus for the MLK Week events, like the Student Activities Board, The Interfaith Alliance, the Athletic Department, SPEAKOut Spoken Word, and Delta Sigma Phi. They’re also partnering with the University of Kentucky for events coming up in February for Black History Month.

“One of the BSA’s goals this year was to connect the campus more as a family and as one unit because in the past we’ve been kind of disconnected as organizations, and we haven’t really connected with each other. The BSA really just wants to partner with everyone and jump on board because we wanna create this family feel on campus because we’re going through so many changes and we’re gonna need that here in the future,” said Neal.

Seth Wyatt, President of the Interfaith Alliance, said “I think that diversity is something we’ve been able to sort of congregate around on the campus, and I think it’s nice to see that diversity is important and that this is one of the big issues that campus organizations are coming around. It’s really encouraging for Transy’s future as an institution.”

The first event is the Lexington March on Monday. “On that day we will be meeting in the Campus Center and we’re asking all of the student organizations to wear their student t-shirts because we really wanna celebrate unity because it is MLK week and that was one of the things he stood for.” said Neal. Students will meet in the Campus Center at 9:15am to walk over to the Lexington Center for the march. This year’s march is unique because BSA has asked Coach Lane, in addition to Transy’s basketball team, to lead the front of Transy in the Lexington March. “We’re including them in the march this year and the basketball team is hopefully gonna play a key part in the march” said Neal.

“Making athletics part of what we’re doing on the campus is essential” said Wyatt, “To ignore that whole community, as big as it is, when pushing for things like diversity and inclusion and religious inclusion is totally ridiculous. That’s such a large swath of the campus, you can’t ignore that. Too often, it does get ignored and that’s another thing we don’t want to leave by the wayside.”

On Tuesday, BSA will hold a screening and discussion of the movie Selma in Cowgill at 6:30pm. “That’s one of the big partnership events that we will be having with Delta Sigma Phi and Interfaith Alliance with Seth” said Neal. “On that day we will be discussing the movie ‘Selma’ and we will also be showing a video that we produced that asked several staff members and students around campus what Martin Luther King Week means to them and what his dream means to them.” Along with the movie discussion, there will also be an all-you-can-eat chicken fundraiser for Common Good that costs $4 per person or 2/$5.  “All of the proceeds will be going to Common Good for MLK Week and Black History Month from the BSA. It will also be to support an office of Multicultural and Diversity in the Campus Center. That’s one of the big goals of this and why we’re putting it on.”

Dr. Christopher Brown II, the current President of Kentucky State University, will be visiting Carrick Theater on Wednesday evening. “The doors will be open at six which is when you wanna arrive, and 6:30 is when he’ll start. After that, we will have Common Good coming and students from Common Good.” said Neal.

Another exciting event for Transy students comes at the end of MLK Week. “We will be going to UK on Friday to see speaker April Ryan, who is an American journalist who was slammed by Trump” said Neal. “The BSA will be sponsoring two vans in partnership with the Transy Athletic Department, and when they’re filled, we’ll go.” They will be meeting at 5:30pm in the Campus Center lobby.

“It’s really easy when pushing for diversity and inclusion to forget about stuff like religious inclusion, and I appreciate that people like Jonathan and Taran [McZee, Associate Vice President for DIversity & Inclusion] who work in other areas of the university have made a point to include people of diverse religious backgrounds in honoring people who are both racial justice and religious leaders like Martin Luther King Jr. or Abraham Joshua Heschel who marched with MLK in Selma.” said Wyatt.

“We’re getting to the point on campus where organizations are relaxed and comfortable working together in a way that they haven’t been before. Hopefully that’s a precedent we set so that after we graduate, people continue that,” said Wyatt. 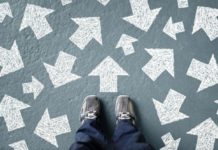 Staff Picks: would you rather 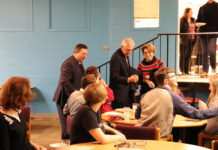